Hit enter to search or ESC to close
EducationLeadershipProfessional ExperiencesRelationships 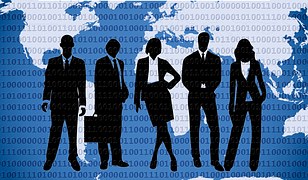 I’ve often written about leadership as it’s an area of interest for me and something about which I’m passionate.  I’m even going to make the claim that I’ve always had characteristics of a leader.  While I was somewhat shy as a child, I could organize my group of friends at recess like nobody’s business.  I lived in the country without many neighbors, but the two (younger, ahem) neighbor girls that I played with always heeded my direction.  Okay, so they didn’t have much choice, but it worked for me, nevertheless.  As I entered adolescence, and then young adulthood, those leadership skills were somewhat dormant as I battled teenage angst and all that goes with it.  Later, they reemerged as a classroom teacher and then continued to strengthen and grow when I became a curriculum director.  It was during this stint as an administrator, that I really began to study and analyze leadership styles.  I also began graduate work in school administration during this time, and the program I studied under was built around servant leadership.  Now, in my first year as an entrepreneur, I’m learning more about organizational leadership as a whole, and not just as it relates to school systems.

Every organization consists of stakeholders in various roles.  And every organization has a hierarchy of sorts.  I would argue a very simple point that the better the leadership, the better the organization as a whole.  I’ve had the pleasure of working for, and with, fantastic leaders, mediocre leaders, and poor leaders.  An organization can appear to flourish even under poor management if the people under them are stellar individuals.  The breakdown occurs more quickly when the poor leader holds strings too tightly (micromanager, bullier, power-monger), or if they are left unchecked by the governing board.  I have actually talked to members of a school board who act as though the superintendent is their boss, rather than the other way around.  That mindset baffles me, but knowing the superintendent (who would fit any of the titles in the previous parentheses), I can understand how they are a bit blind to their position in the hierarchy.

I have also discovered that it is fairly common for organizations to lack protocols for procedures and processes within the workflow system.  There may be unwritten expectations, but these do little good to the new (or transferred) employee or in the event something out of the ordinary occurs.  The question becomes, “Whose job is it?”  I’ve had the pleasure to sit with various leadership teams and lead them through a discovery session to get these protocols in place.  We spend a couple of hours talking through various processes and determining roles.  This requires getting the right people in a room together.  It requires collaboration and good communication, on-the-spot problem solving, and mostly, a willingness to listen.  It is typically very eye-opening for all in the room.  Most of these processes have never been discussed, and especially not in a cohesive group setting.  The next step is to put all of these discoveries into print.  Clear documentation of job roles and responsibilities, workflow, and protocols makes everything run more smoothly, and an organization easier to lead and manage.  The hierarchy is clear and more useful to all involved.

When a strong, trustworthy leader is in place, and stakeholder roles are evident, the organization’s success comes naturally.