Hit enter to search or ESC to close
Education

Learning that Amuses the Mind

Home » Learning that Amuses the Mind 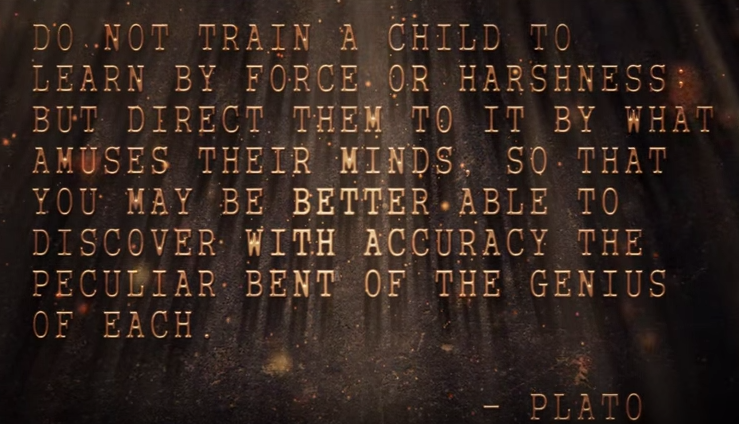 I have two children, and I think they are both pretty amazing. The hardest part about the job I do as an educational consultant is being away from them. So, sitting on the airplane on my way to Arizona, my mind wandered to a scene from home this morning before I left. My son, Evan, has always had an active imagination. We could give him the recycling bin, some tape, and a pair of scissors and the kid would be entertained for an hour creating. His creations tended toward typical boy stuff: a shield, numerous swords and daggers, guns, and even a military-style helmet for our cat (not the most willing model, you can imagine). Once when he was three he came outside wearing a creation that he called his “toy underwear”. He would kill me for writing about it, but we laugh about it to this day, almost seven years later (so if you are reading this and you know him, please don’t rat me out). It more resembled a cardboard pencil skirt – but that’s not really the point. Our kitchen was his Maker Space. His “creating” has many platforms still. He loves to build Legos, set up military operations with his plastic army men, and construct forts from couch cushions. Today, I was doing some work before leaving for the week. My husband was working from home, and our daughter had just left for a church conference. Evan was left to entertain himself. I knew he was building one of his famous couch forts, but then he ran upstairs and asked me to help him find “war clothes”. He found a black shirt from an old ninja costume, paired it with some dark gray basketball shorts, and then found his camo face paint. (Really wishing I had photographic evidence right now.) Keep in mind that he is doing all of this just for himself. No one gave him the idea, no one gave him any direction at all, and no one was evaluating it in the end. It was purely something from his own creative mind, for his own enjoyment.

This is what school learning should be like. Learners (of all ages and in any setting) should get to choose what they study, how they study it, and what they do with it. It should be for their own benefit. Do I think that someone else will benefit from Evan’s creative thinking skills someday? Absolutely. But that’s not his motivation today. It’s okay if kids and adult learners alike pursue something out of pure curiosity or enjoyment (learning other skills along the way).

I know what you are thinking. How can we evaluate that type of student-driven learning? Their learning will be evident in the process. Evan wanted to show me something later on in the morning. He turned one fort (oh yes, there were multiple forts in multiple rooms) into a stage for a magic trick. I was his audience. Part of the fort repeatedly fell down during his trick. He had to reconstruct multiple times. He got frustrated. He rethought the design. He tried a few more ideas before finally getting one that worked for the duration of the magic show. Did I tell him how to fix it? Did I tell him that it even needed fixed? No. He saw that for himself because he was the one who created it to begin with. His learning was evident through his trials, his words, and his finished product. I caught bits and pieces of the process while working in the other room. The best part of all was seeing him laughing and having fun despite the failed attempts that he worked through. We want learning to be fun. I’ve heard it a thousand times, but do we really do what it takes for the learner to think that it’s fun? I would have never come up with that idea for Evan. I would have told him to write a comic book, or play with Legos if he’d asked me for ideas of what to do. While he might enjoy those things, what he chose was perfect for where his mind was at that moment. He got there because he had the freedom to do so. It’s definitely possible on a larger scale like in a classroom, if only the teachers get out of the way of the learning.